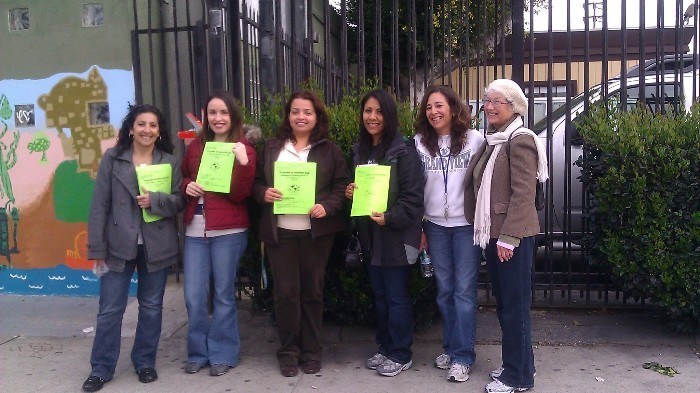 by Paula Mahan, Spanish Immersion Program Co-Founder
Thirty years ago the Bilingual Office of the Los Angeles Unified School District applied for and received from the Federal government a “seed grant” to offer an new concept in education which they called at the time a Two-Way Bilingual Immersion Program. They needed to find two schools willing to take on the challenge. The principal at Grand View in 1990, Becky Clough, bravely decided her school was up to the challenge and recruited two teachers to begin the program. And so, Sra. Rosie Gonzalez and I began the program with 2 kindergarten classrooms.
In the years that followed, our program has been under threats both internal and external, made more intense by the passage of proposition 227, an anti-bilingual initiative. Despite these pressures, our teachers have for twenty-four years provided an excellent education curriculum in 2 languages and have always gone the extra mile to actively support the program and keep it alive.